This doll has the Charmy Twin mold (Anna type faceup). She had multiple dress variations.

Ai Shite Night, or Ai Shite Knight, is a 1983 anime series about a sweet and hard-working girl Yaeko (nicknamed Yakko-chan). One day she meets a little boy, Hashizo, and subsequently gets to know his elder brother, a rock singer in a band named Bee Hive. The anime is, on the one hand, a conventional love story, on the other hand, it's a colourful portrayal of the rock scene. 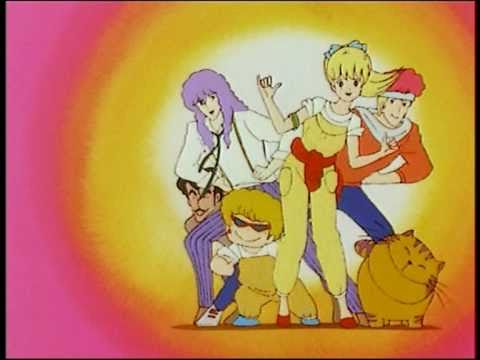 What's interesting, the anime was so popular in Italy that it got a live-action remake called Kiss me Licia, with numerous sequels. Yakko, renamed into Licia, was played by Cristina D'Avena, an Italian singer who performed opening songs in a big number of Italian anime adaptations.