Petit Party (ぷちぱー) is a 12cm doll line launched in 2004. Their author is Nagiy, the sculptor from Flower Shop circle.

When Petit Party dolls were shown at Wonder Festival, two of them were definitely Wonda-chan and Reset-chan, the Wonder Festival mascots. However, it seems that they were not made for sale. 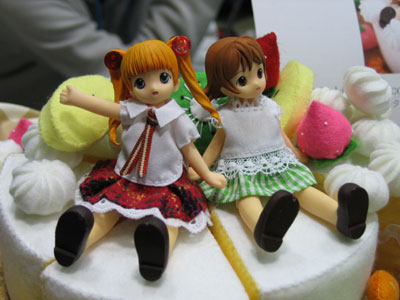 A new collaboration with SK Japan and Comic Gum magazine resulted in production of three anime character dolls under the title Petit Party X Comic Gum series. This time the characters were unrelated to each other; they were Hazuki, Ryomou Shimei and Plug.