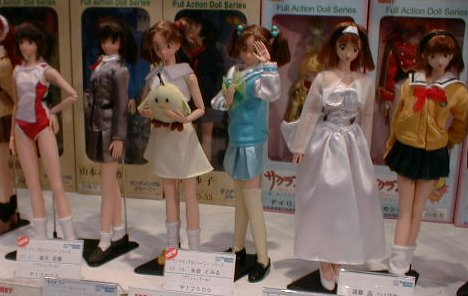 The dolls have a unique skeleton with coil springs which allows them pose in a natural way; for example, when a FAD lowers its head, the shoulders move and the whole upper part also bends slightly. The waist twists, although its joint is not visible. Actually, all FAD joints are covered with PVC "skin"; arm skin comes separately and looks like two hoses which the owner can draw on the doll's elbow joints to conceal them. Unfortunately, the skin can make bending limbs rather difficult.